Photographic archives have fascinated me for as long as I can recall, and whenever I am free from my usual urgent professional commitments, I am always glad to make the most of any opportunities I get to examine and study these treasures and to learn about their history from those who take care of them.

Over the past few days I have in fact been consulting the Parker Collection of collodion glass plates, at the Photographic Archive of the American Academy in Rome (AAR), so as to select some examples that are particularly interesting, not only due to their visual content, but especially due to the materials used in producing them and the peculiar nature of the alterations they have undergone over time. This is just one of the photographic collections belonging to the AAR that we will present in our forthcoming masterclass conducted by Monique Fischer (3rd-4th May, 2018), which will focus on historical photographic negatives, examining the various types of supports and emulsions that were used, as well as addressing various issues regarding conservation.

A scholar of Gothic architecture and medieval art, John Henry Parker started his career as a publisher and book-dealer in Oxford. He published the important series of the Oxford Pocket Classics and wrote several handbooks including “A Glossary of Terms used in Grecian, Roman, Italian and Gothic Architecture” (1836) which was very popular among students at Oxford University. He became particularly passionate about archaeology in the second half of the nineteenth century when he made several visits to Rome. In 1865 his enthusiasm for classical archaeology led him to become one of the founding members of the British and American Archaeological Society of Rome, an organization of which he was vice-president for many years. 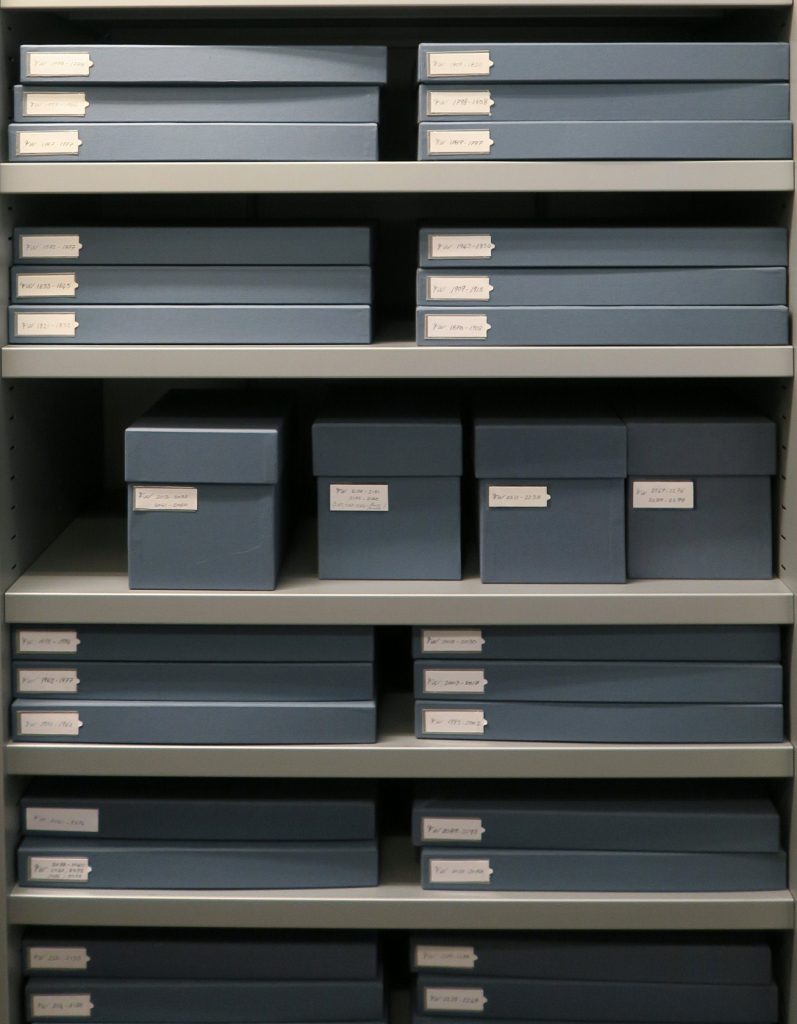 The Parker Collection in the Photographic Archive of the AAR includes 240 magnificent large-format collodion glass plates, which are part of a much larger collection, consisting of about 3,300 photographs that the English archaeologist commissioned in and around Rome, as well as in several ancient Etruscan sites extending from Tuscany to the Adriatic and the Neapolitan hinterland. These images were intended to illustrate an important editorial project of his: “The Archaeology of Rome”, a large book that was published in several volumes between 1874 and 1883. His idea, one that was rather revolutionary at the time, was to illustrate this vast study with images created by the new medium of photography and reproduced by the technique of photoengraving, instead of with the usual engravings.

These photographs were taken under his direction by several photographers, including Roman professional photographers such as Carlo Baldassare Simelli, probably one of his first collaborators, who was followed by Francesco Sidoli, Adriano De Bonis, Filippo Spina, and the Canadian, Charles Smeaton. The latter was active in London and was sent to Rome in the late eighteen-sixties to photograph the catacombs with the special technique of illumination with a magnesium flash. This was however a brief collaboration and Parker then entrusted the photographs of interiors, with features such as apses, mosaics and frescoes, to Italian photographers such as Filippo Lais and Giovan Battista Colamedici.

The images commissioned and collected by John Henry Parker now constitute a patrimony of great historical-artistic as well as technical value, as they document  not only the main Roman and medieval architectural and sculptural works and sites present in nineteenth-century Rome, but also many of the important archaeological excavations that the English scholar visited during his numerous sojourns in Rome.

Currently, the magnificent Parker Collection is distributed throughout several museums and libraries around the world. However, the greatest number of photographs can be found in Rome, in various institutions, Italian (the Municipal Archives of the Museum of Rome in Palazzo Braschi and the Central Institute for Cataloguing and Documentation of Rome) as well as foreign, such as the German Archaeological Institute and the British School, which inherited these photographs from the series of images that Parker himself gave to the British and American Archaeological Society of Rome.

In 1877, John Henry Parker, by now in his seventies, ceased to make his usual visits to Rome and became the Keeper of the Ashmolean Museum of History and Archaeology in Oxford, a position that he held until his death in 1884.