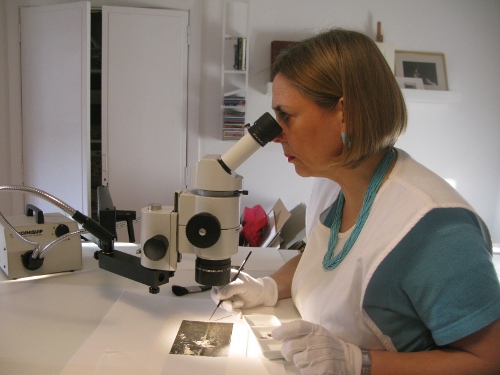 She has been working as a freelance professional photography conservator since 1996, initially for Atelier de Restauration et Conservation des Photographies (ARCP) in Paris, followed by a period in the Grand-duchy of Luxembourg from 1999 until 2005. She then moved to San Francisco, Ca. where she worked on the creation of customized databases for the administration of private collectors.

One of her most important conservation in recent years was the restoration of the 210 iconic photographs that were shown at the MoMA of New York in Edward Steichen’s 1962 exhibition entitled “The Bitter Years, 1935-1944”. This historic collection now has a permanent home in the Waassertuerm Gallery: a recently restored industrial water tower at Dudelange, Luxembourg. This fascinating conservation project is described in the documentary film The Family of Man/The Bitter Years. Un projet de restauration patrimoniale by Anke Reitz, CNA, 2012.

Sandra M. Petrillo is an associate member of the American Institute for Conservation of Historic and Artistic Works (AIC) and she closely adheres to its code of ethics. She is also a member of the International Council of Museums (ICOM-CC).

Her studio offers the opportunity for Italian and foreign students to carry out training courses, and she also collaborates with institutions of higher learning in supervising their final-year dissertations and theses.

Alongside my professional activities I conduct research into the history and technology of 19th century photographic processes. I also organize seminars and workshops for students, restorers, collectors and curators. These have included “Contemporary daguerreotype practice” with American artist Jerry Spagnoli (2012), “What do you know about digital prints?” with American expert Ryan Boatright and “Let’s play with the wet collodion process” with Italian artist Beniamino Terraneo (2014).

I have lectured at universities, academies and associations all over the world including: the Institut national du patrimoine (INP), Paris (2015), the Daguerreian Society Annual Symposium, Austin, TX – the Ca’ Foscari University, Venice – the Finnish Museum of Photography, Helsinki – the FAMU (Film and TV School of the Academy of Performing Arts), Prague (all in 2014) – the Istituto nazionale per la grafica (National Institute of Graphic Art) Rome (2013) , the ICOM-CC PMG Interim Meeting, Athens – the Estonian Academy of Arts, Tallin – the Istituto centrale per il restauro del patrimonio archivistico e librario – ICRCPAL (Central Institute for the Restoration of Archives and Books) of Rome (all in 2010).

I have also collaborated with a number of higher education institutions to provide specialized seminars and tutoring for students writing their final degree theses. These include the Ca’ Foscari University of Venice, the Institut national du patrimoine of Paris and the Art and Design University of Kyoto.

From 2012 to 2015 I was the Italian representative of the international consortium running the Daguerreobase project, funded by the European Union. I was asked to collaborate with this project as a photographic conservation expert and content provider and since April 2014 I have been the coordinator of “dissemination and networking”.

In October 2013 I organized an international symposium entitled “When Photography was a Silver Plate” in association with the Daguerreobase project and in October 2015 I organized the “Daguerreotype Symposium 2015” in collaboration with the Fotomuseum Antwerp – FoMu. This was an international two-day event focussing on various historical and artistic aspects of European style daguerreotypes and on the best practices for preserving the European daguerreotype heritage.

In addition I founded the online quarterly “Daguerreotype Journal”, of which all five issues are now online. For the Daguerreobase Project and for Europeana,  I have also curated: “Photography On a Silver Plate“, a virtual exhibition of 19th century daguerreotypes which can be viewed online on the Google Cultural Institute website. The texts for the exhibition were written in collaboration with the photography curator Francesca Bonetti of the Istituto nazionale per la grafica of Rome.

In 2003 Mariangela Santella was awarded a degree in the history of contemporary art from the La Sapienza University of Rome with a graduation thesis (entitled: Photographic Prints by Mario Schifano) discussing the use of photography by contemporary artists and various related conservation issues. She then went on to obtain an MA in the conservation of contemporary art from the Istituto Superiore per la Conservazione ed il Restauro of Rome (ISCR) and the title of her 2004 graduation thesis was The “Screened” works in Rome of the ’60s. A survey of the techniques of execution of Fabio Mauri, Mario Schifano and Franco Angeli, with considerations on restoration and conservation.

Her interest in the preservation of photographic materials led her to specialize in this field and she attended the 3rd year classes of the photographic conservation department of the Institut National du Patrimoine (INP) of Paris. She then collaborated with the Atelier de Restauration et de Conservation des Photographies de la Ville de Paris  and in 2009-2010 she participated with the SMP Studio on the conservation project of the historical exhibition The Bitter Years 1936- 1941.

A journalist, digital communication specialist and our collaborator for comunication and virtual exhibitions 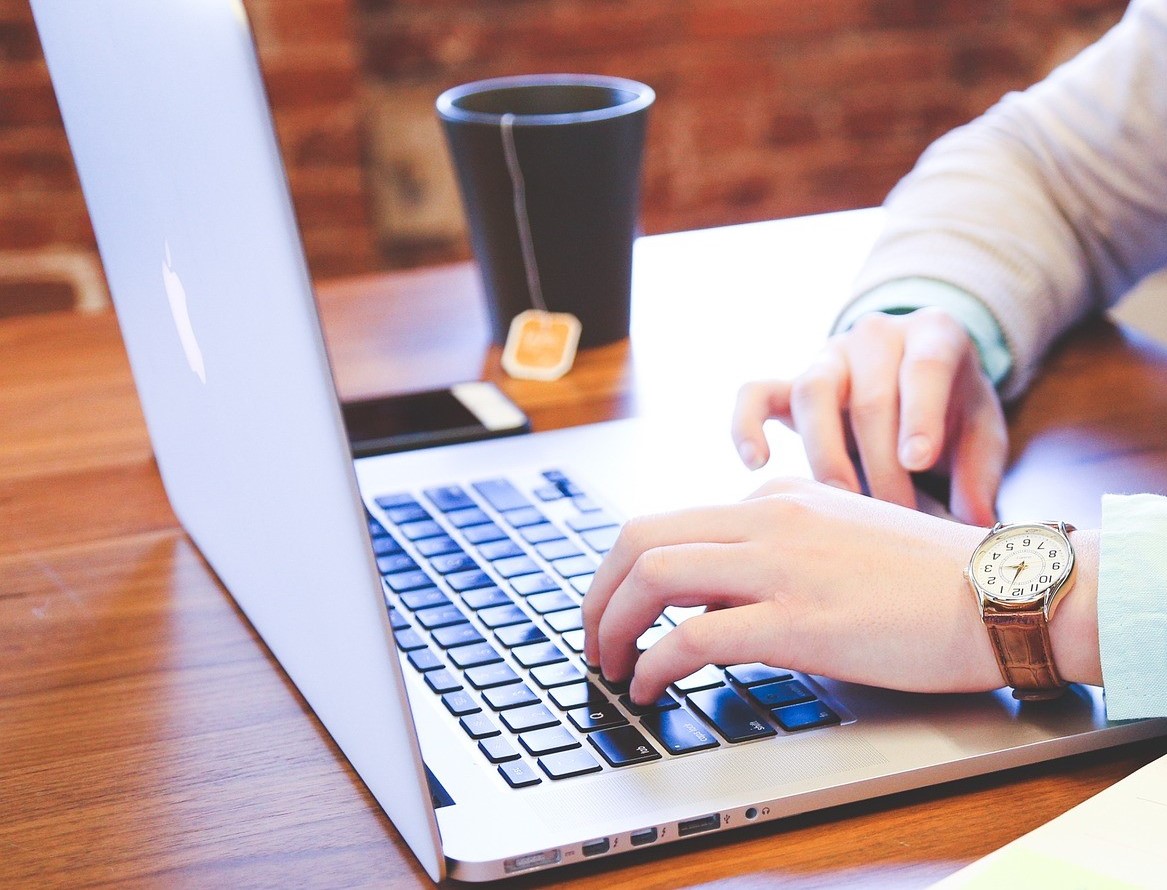 Giulia Agostinelli works as a free lance. In collaboration with SMP she dealt with the communication project of Daguerrobase. This involved elaborating a social media communication strategy, organizing symposiums, and helping with the realization of the virtual exhibition “Photography on a Silver Plate” for Europeana, which can be viewed online on the Google Cultural Institute website. She also supervised the graphic design of the Daguerrotype Journal. She is specialized in the creation of virtual exhibitions and is the current web editor for the contents of the SMP website.